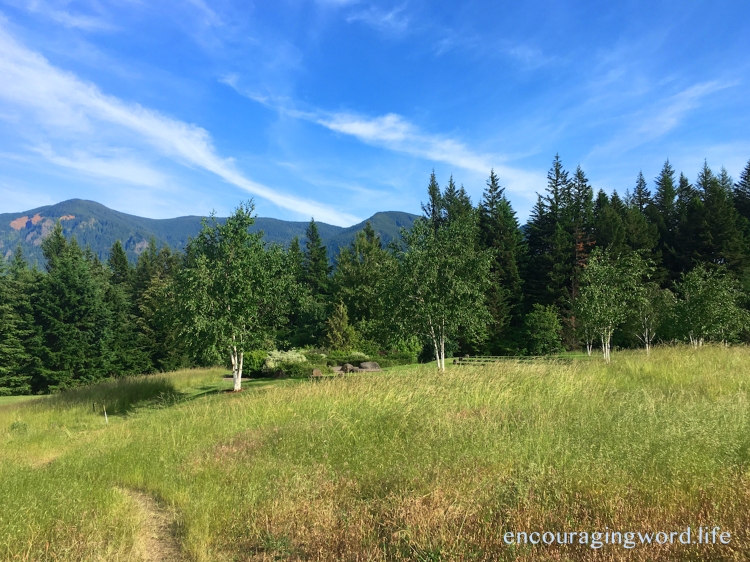 “While he was still a long way off, his father saw him and was filled with compassion for him; he ran to his son, threw his arms around him and kissed him.”  Luke 15:20

This father knew his son had made some serious mistakes and yet when his son came back, he ran to him, hugged and kissed him.  He didn’t ignore, yell at, punish or condemn his lost son.  He forgave him.  He showed his son compassion.  When you read further in Luke 15 you will see that this father not only runs to welcome him, but rejoices in celebration.  Compassion is about grace, love, and restoration.

Our Heavenly Father is the same way.  We all have made serious mistakes at times.  Our Father is eagerly waiting for us to turn to Him, seek Him, come back home and ask for forgiveness.  When we repent of our sin our Heavenly Father will run to us and wrap His loving arms around us because He is compassionate.

“The Lord is compassionate and gracious,

slow to anger, abounding in love.

He will not always accuse,

nor will he harbor his anger forever;

he does not treat us as our sins deserve

or repay us according to our iniquities.

For as high as the heavens are above the earth,

so great is his love for those who fear him;

as far as the east is from the west,

so far has he removed our transgressions from us.

As a father has compassion on his children,

Prayer:  Lord, we thank You for Your Word of Truth.  We thank You that when we falter, turn away or get caught up in sin, that You are there eagerly waiting for our return.  Thank You for Your gracious, undeserving forgiveness and love.  Lord, if any readers need Your forgiveness, touch their heart and cause it to flutter inspiring them to confess their sin to you right now.   Let there be rejoicing in the presence of the angels of God over one sinner who repents (Luke 15:10)!  We thank You in Your son’s precious name, Jesus.  Amen!

Tiffany has a Masters in Counseling Psychology from Pacific University and has been helping families for over 20 years. She and her husband, Mark, are raising their teenage twin sons to be strong in their faith and knowledgeable in the Word to strongly face life’s joys and trials. Tiffany has been Linda Colby’s associate teacher for the past three years in a national women’s ministry leading and guiding women and teens. Tiffany enjoys encouraging, teaching and counseling women and children into a closer relationship with Jesus as they study His Word. View more posts